Historic Buildings you Need to Check Out in Phoenix

Phoenix is such an amazing city. There is so much going and so much to do in this city, you can honestly never be bored. One of the best parts of this city is the history behind it all and with that, it’s historic buildings.

Here’s a list of some of the oldest standing buildings in Phoenix and some of the history of them! 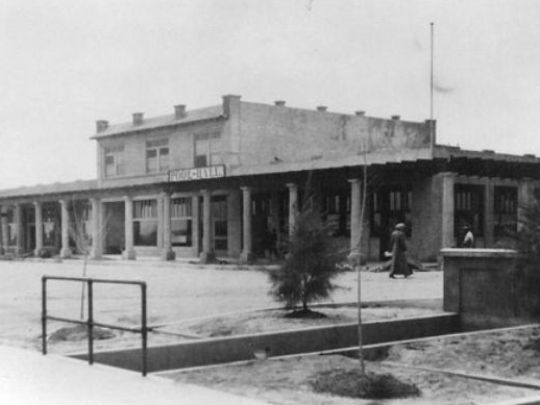 The stores in front of you are actually in separate buildings. We are much accustomed to strip malls today, but back when these were built, it was convenient for store owners to construct their businesses side by side. The buildings were built of brick, and each one included a façade of white glazed bricks. The first building has been remodeled several times through the years, however, it is possible that some of the original building remains.

This building originally housed the office of Dr. A.J. Chandler’s Improvement Company, where he bought, sold, and leased land. In the 1920s it became the Bank of Chandler. In 1954 Valley National Bank moved into the building. It later became a Bank One branch, until 2005. The original building here, along with the next three you see to the left, was constructed in 1912. – ChandlerAZ.Gov

This building is now home to the much-loved San Tan Brewery since 2007. We’re hoping it stays this way because we’re a fan of their beer! 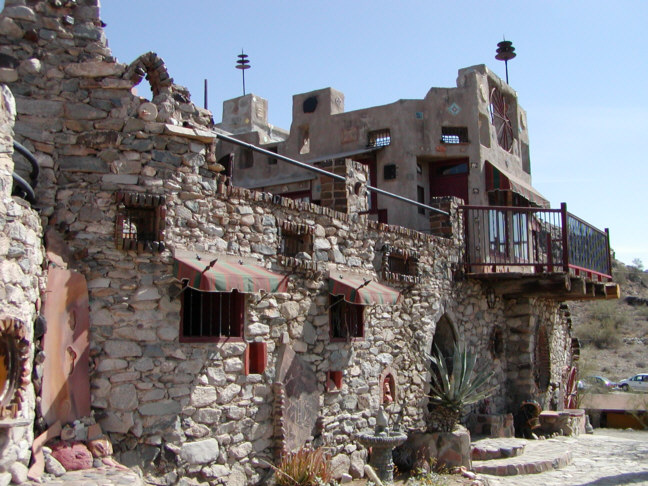 Mystery Castles is hidden in the foothills of South Mountain. It was built in the 1930s by Boyce Luther Gulley for his daughter Mary Lou Gulley. After learning he had tuberculosis, Gulley moved from Seattle to the Phoenix area and began building the house from found or inexpensive materials. Boyce Gulley died in 1945, and Mary Lou and her mother were notified by an attorney that they had inherited the property. Shortly after, the mother and daughter moved in.

Get this, the structure is said to be held together by mortar, cement, calcium, and goat milk. Who knew goat milk was that functional!

Tovrea Castle is a historic structure and landmark in Phoenix, Arizona. Originally intended as a centerpiece for a resort and later a private residence, the castle is now part of the Phoenix parks system and is designated as one of the Phoenix Points of Pride. Plans were to fully open the site to the public in 2009, but cost overruns delayed the opening.[2] Currently, the park shows over 5,000 individual cacti in over 100 different varieties, all maintained by volunteers of the Tovrea Carraro Society. Tickets for guided tours of the grounds, first floor, and basement have been offered since March 2012. – Wikipedia

Tickets for guided tours of the grounds, first floor, and basement have been offered since March 2012. – Wikipedia 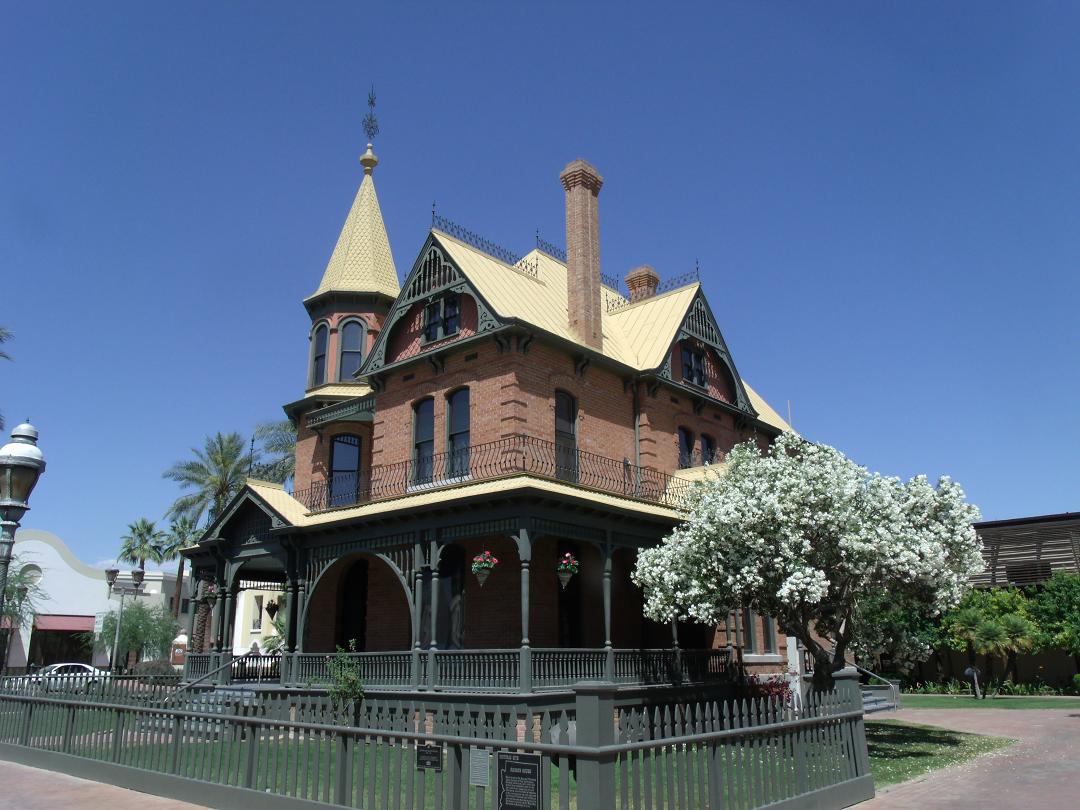 A 2,800 square foot Eastlake Victorian style home, built in 1895 by Dr. and Mrs. Roland Rosson. A classic example of the late Victorian style, it is fully restored to its original grandeur. Experience what life was like for residents of Phoenix in territorial Arizona. Docent-guided tours feature all living areas of the house and highlight the stories, people and places that influenced the property and surroundings. Tours are available during regular business hours and last 45-60 minutes. An admission fee is charged.

The Rosson House was restored in the 1970s through a community effort involving the City of Phoenix, dozens of local institutions and hundreds of volunteers. – heritagesquarephx.org